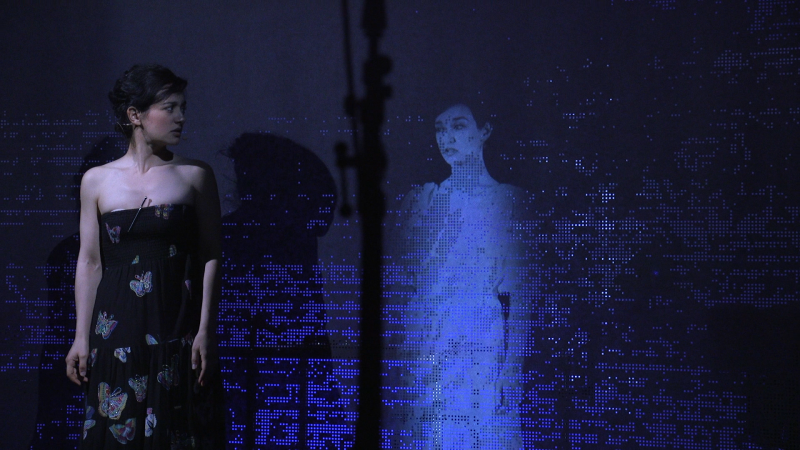 Composed for soprano, percussion, video and electronics, this 50 minutes show is based on La Ralentie, text by the poet Henri Michaux. On the edge of esotericism, this text explores the idea of frontiers between the inside and the outside, intimacy and emptiness.
Divided into two spaces by large panels of perforated paper, on which strange forms are shaped by the light, the stage becomes the place where two contrasting characters express themselves, watch and are searching for each other : soprano, who intertwines her speech and singing to thrust the listener into a dreamlike atmosphere; percussionist, who makes every gesture the result of a powerful and irrepressible inner life.